On August 29, 2018, Sarasota Police Detectives learned through investigative information that Stunkel was in possession of child pornography.  On September 5, 2018, a search warrant was executed at Stunkel’s residence.

While Sarasota Police Detectives spoke with Stunkel, members of the Sarasota County Sheriff’s Office conducted forensic exams on Stunkel’s digital devices.  More than 70,000 images were located on an iPad.  Some images located on a computer have a modified date as recent as August 22, 2018.

Stunkel was arrested and transported to the Sarasota County Jail.  He’s currently being held on no bond and has an arraignment on October 12, 2018.  The investigation remains ongoing but additional charges are likely. 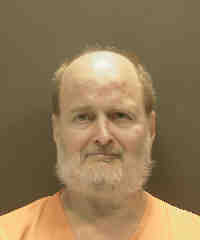