Jon Gluvna, 37, of Calliandra Drive, has been arrested for a second time on charges of Transmission of Child Pornography by an Electronic Device.

On November 20, 2018, Detectives were notified by Internet Crimes Against Children (ICAC) task force members that Gluvna was actively downloading child pornography.  On November 21, 2018, a search warrant was signed and executed at Gluvna’s home.  Computers, gaming consoles and SD cards were seized.

In 2013, a search warrant was executed by the Pinellas County Sheriff’s Office at Gluvna’s home in Pinellas County.  After a forensic review of evidence seized, no child pornographic images were located and it was determined Gluvna is using a wiping software of devices.  Gluvna was never arrested in 2013.

Gluvna is currently being held at the Sarasota County Jail. 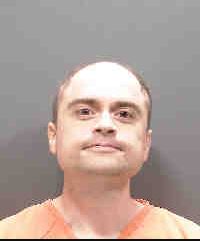