This morning, February 19, 2019, at approximately 12:53 a.m., Officers with the Sarasota Police Department were dispatched to the intersection of North Gulfstream Avenue and Bayfront Drive reference to an unknown individual spray painting ‘#MeToo’ on the Unconditional Surrender statue.

When Officers arrived, they found the words ‘#MeToo’ spray painted in red along the left leg of the nurse.  The red lettering covered the length of the nurse’s leg.  A canvass by Officers was conducted in the area to locate spray paint bottles, however, none were found.  During the canvass, no other objects were observed to be defaced or spray painted.

There was no available surveillance video in the area that captured the incident.  There are no known witnesses.  It’s believed the incident occurred on Monday, February 18, 2019, between the mid-afternoon and evening hours, however, it is unknown exactly what time.

The approximate damage is estimated to be more than $1,000 due to the large area that the graffiti covers, and the resources needed to repair it.  The City of Sarasota Public Works has been notified.

Anyone with information on this case is asked to call the Sarasota Police Department Patrol Division at 941-954-7025 or leave an anonymous tip with Crime Stoppers by calling 941-366-TIPS or online at www.sarasotacrimestoppers.com 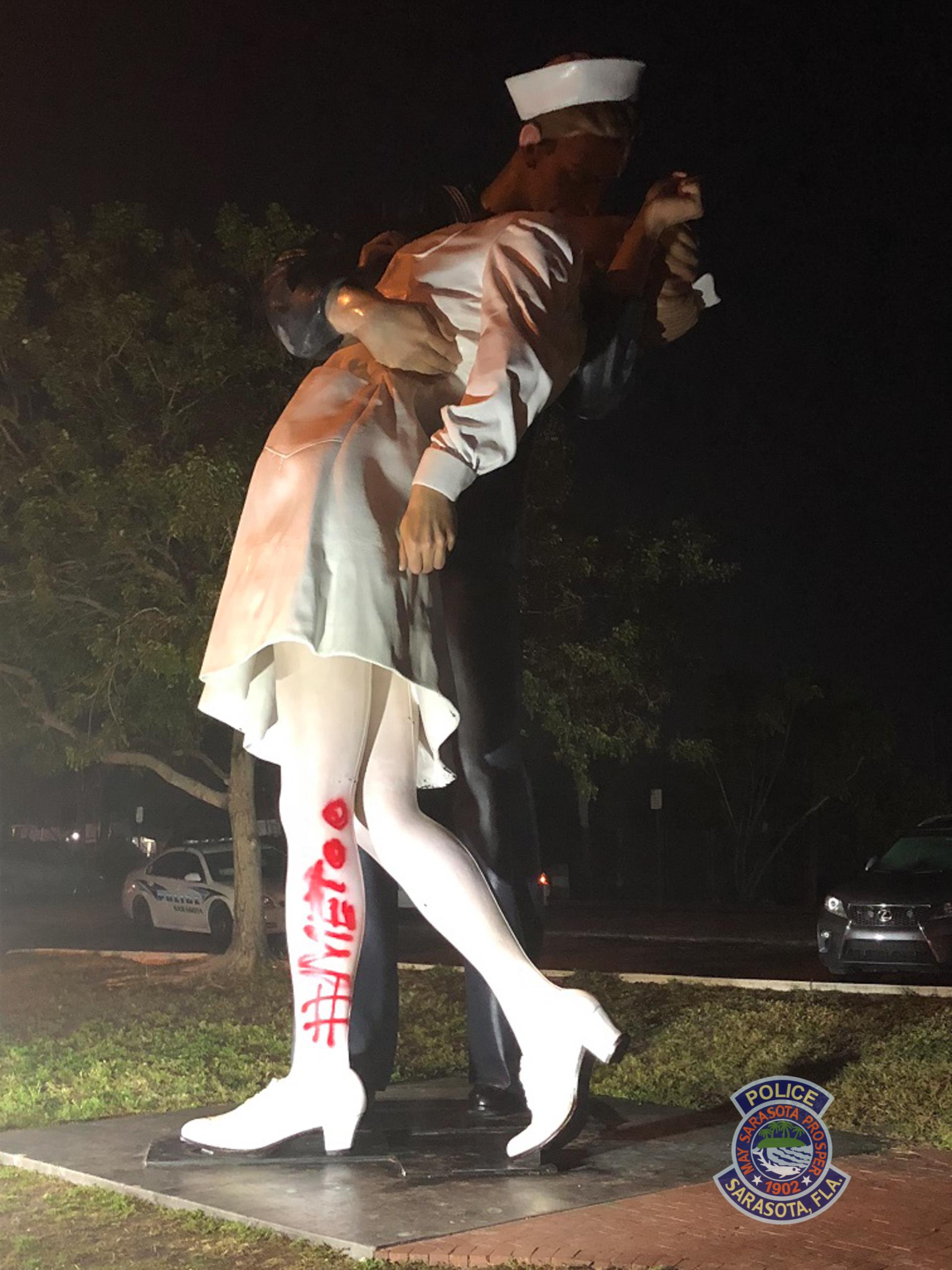