Two People Arrested in Connection to Armed Robbery at Publix

Two people have been arrested in connection to an armed robbery that occurred at Publix, 3825 South Osprey Avenue, Sarasota, on March 27, 2019.  Quantevius Ghee, 24, of Tampa, and Kylee Follett, 19, of Bradenton, were arrested by Officers with the Tampa Police Department on Tuesday, April 2, 2019.

On March 27, 2019, just after 10:30 a.m., Sarasota Police Officers were dispatched to Publix for a report of an armed robbery.  The victim told Officers she was robbed at gunpoint and the suspect stole the victim’s purse.  Most of the victim’s personal belongings were located a short time after the armed robbery happened.

Warrants were issued for the arrest of Ghee and Follett.  Ghee and Follett were located at the International Plaza Mall in Tampa on Tuesday and were taken into custody by Tampa Police Officers.  Both suspects remain in jail in Hillsborough County. 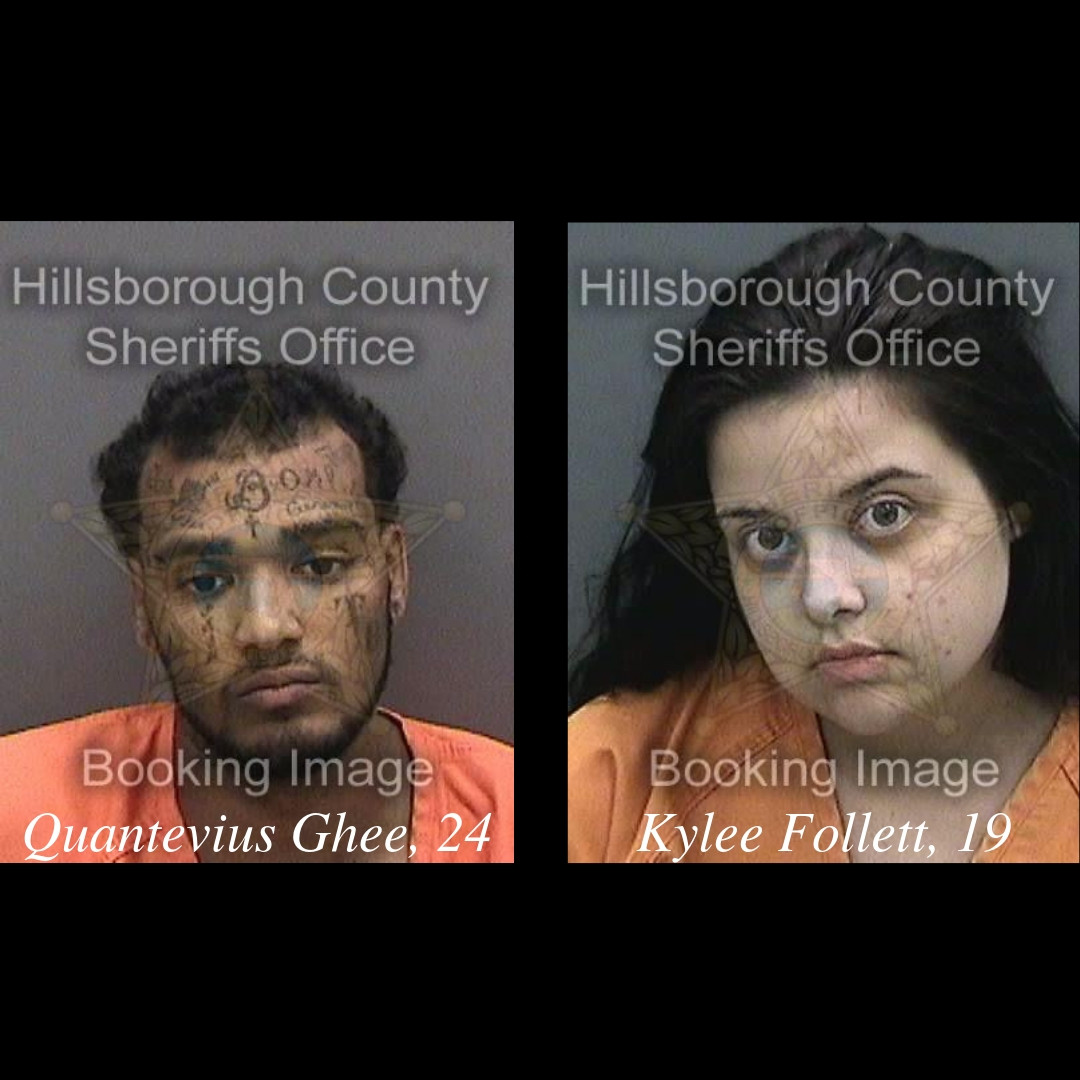