The Sarasota Police Department Traffic Unit is investigating a traffic fatality crash that happened last night, Monday, April 8, 2019, at approximately 10 p.m., near the intersection of Grove Street and South Tamiami Trail (U.S. 41), Sarasota.  The crash involved a vehicle and a pedestrian.

The driver of the vehicle stopped immediately and was cooperative with Officers.  The pedestrian died at the scene as a result of injuries sustained in the crash. 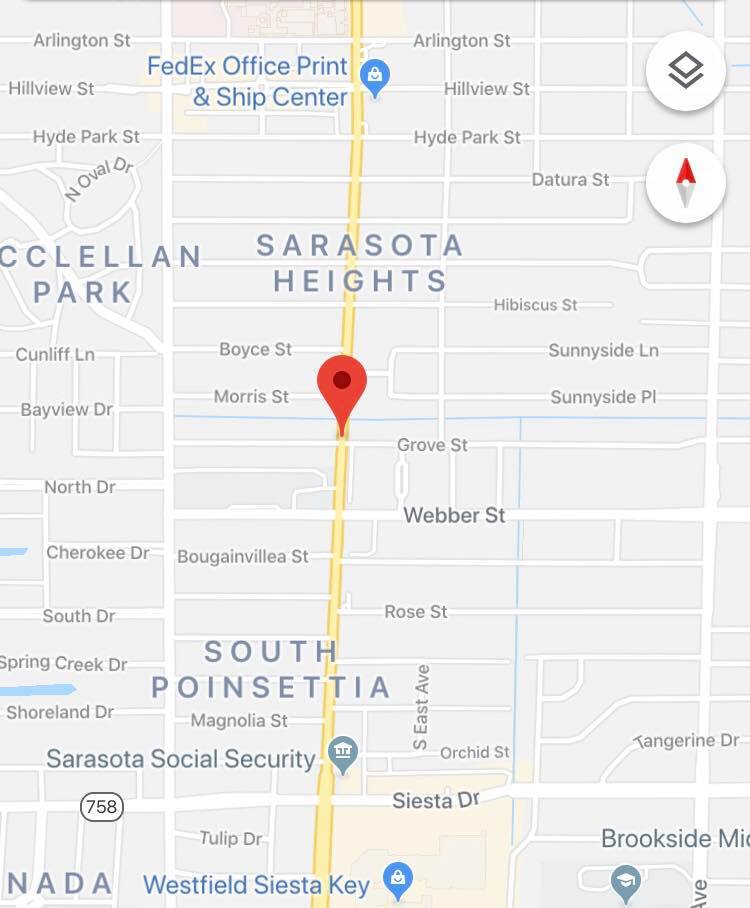