The Sarasota Police Department Traffic Unit is investigating a bicycle crash that happened just before 1:30 p.m., Thursday, June 20, 2019 at 17th Street and U.S. 301 in Sarasota.

The preliminary investigation reveals an adult male was riding a bicycle while towing a makeshift wagon in which two children were riding in (photos attached).  The toddlers are boys and they are 3 years old and 5 years old.  The man riding the bicycle is the father of the two children.

The bicyclist crossed U.S. 301 at 17th Street in the crosswalk and the back tire of the wagon struck the curb, causing the wagon to flip over and eject the children.  Neither child was wearing a helmet or securely buckled in.

Both children were transported by medical helicopter to All Children’s Hospital and are currently being treated for non-life threatening injuries.  No charges are expected.  The crash remains under investigation by the Sarasota Police Department Traffic Unit. 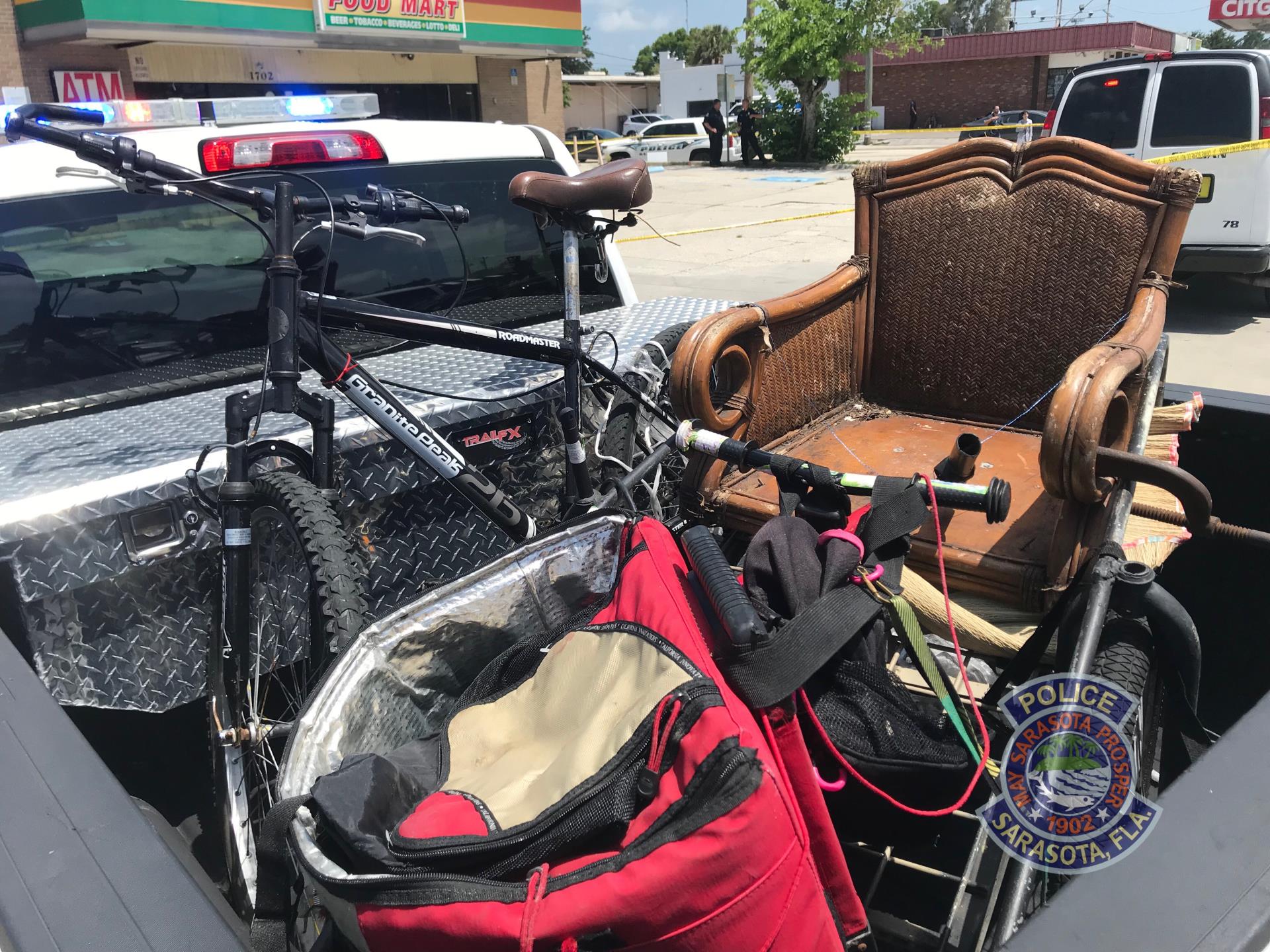