James Phillips, 17, of Sarasota, and Rajanique Graves, 23, of Sarasota, have both been arrested in connection to a shooting that happened on December 22, 2019 at approximately 3:15 p.m. near the intersection of Dr. Martin Luther King Jr. Way and Coconut Avenue, Sarasota.  Phillips and Graves are brother and sister.

Phillips is facing charges of Attempted 2nd Degree Murder, Shooting into an Occupied Vehicle and Aggravated Assault with a Firearm.  Graves is facing charges of Principle – Attempted 2nd Degree Murder, Principle – Shooting into an Occupied Vehicle and Principle – Aggravated Assault with a Firearm.  These are Principle charges because Graves is believed to have been the driver of the vehicle.  Per F.S.S. 985.04 (2) (a) 1., information about juveniles charged with felonies is public record.

The victims told Sarasota Police Detectives that they were sitting in a vehicle, speaking with someone at the intersection of Dr. Martin Luther King Jr. Way and Maple Avenue.  The victims said two people in a vehicle behind them became angry at them stopping in the road.  A short time later, the victims noticed the same vehicle following them.

When the suspect’s vehicle came next to them, on the driver’s side of their car, the rear passenger had his window rolled down.  The victims said Phillips pointed a large gun out the window and fired two shots at the vehicle.  One victim, who is pregnant, was shot in the left forearm and the bullet continued through her arm into her stomach.  The victims told Detectives after the two shots were fired, the vehicle drove off at a high rate of speed.  The victims called 911 and then had friends drive them to the hospital.  All victims are expected to survive.

Phillips and Graves were arrested without incident during a traffic stop on Friday, December 27, 2019 near the intersection of Myrtle Avenue and U.S. 301.  Both were transported to the Sarasota County Jail.

Anyone with information on this case is asked to call Detective Megan Buck at 941-263-6067 or leave an anonymous tip with Crime Stoppers by calling 941-366-TIPS or online at www.sarasotacrimestoppers.com 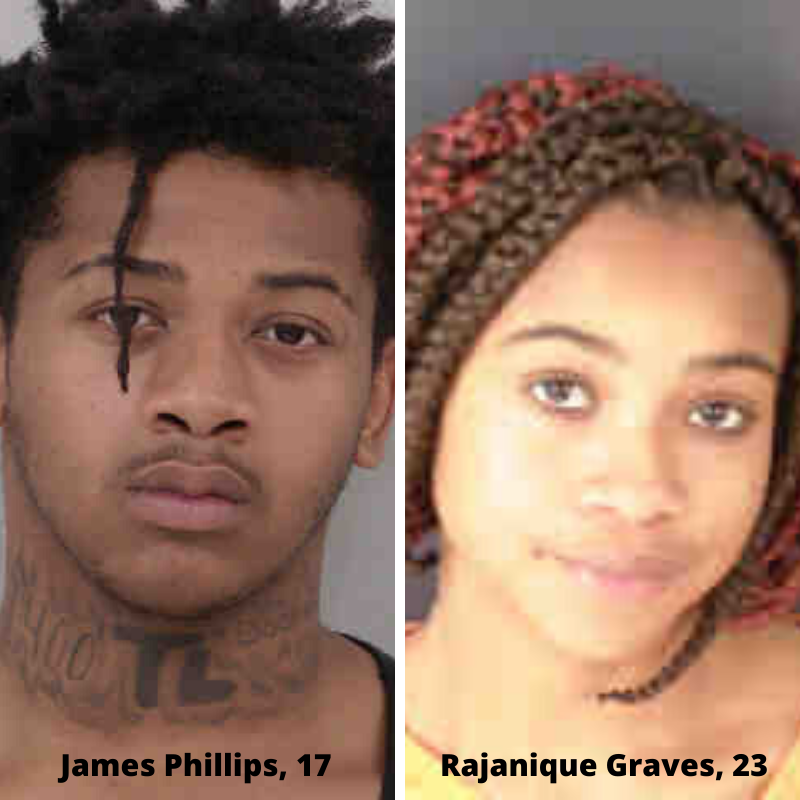