The entire news conference can be watch on the Sarasota Police Department YouTube page at https://youtu.be/m9ea5nafjzQ  Chief DiPino and Criminal Investigations Division Captain Johnathan Todd spoke about the recent arrest of Henry Lee Porter, Sr., 71, of Sarasota.  Porter was arrested on Thursday, January 2, 2020 and charged with one count of Sexual Battery with a Child Under 12 years of Age.

On October 29, 2019, the Sarasota Police Department received notification of a video being viewed through social media regarding alleged abuse.  The author/accuser stated he had been sexually abused as a child by a Bishop at Westcoast Center for Human Development in Sarasota, Florida.

Interviews with Sarasota Police Detectives and victims revealed sexual abuse happened on numerous occasions inside Westcoast Center for Human Development and during travel with Porter and his victims.  Detectives discovered the victims were all males, with ages between 14 years of age to young adults of various ages, when they were sexually assaulted by Porter.  One of the victims was 11 years old when he said his sexual abuse started.

Two additional criminal investigations were conducted by the Sarasota Police Department in 1990 and 2001-2002 where similar fact allegations were made of children being abused by Porter.  In 2001-2002, the allegations of sexual abuse were outside the statute of limitations when the victims provided statements to law enforcement which prevented criminal charges.

Detectives do believe there may be additional victims.  They are asking anyone with any information on this case or anyone who may be a victim, to contact Sarasota Police Civilian Investigator Jeff Birdwell at 941-263-6028. 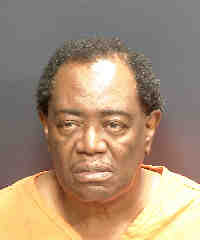 Henry Lee Porter, Sr., 71, of Sarasota, was arrested on Thursday, January 2, 2020 and charged with one count of Sexual Battery with a Child Under 12 years of Age.