The Sarasota Police Department will take social media followers on another "virtual ride-along."  Thursday, January 16, 2020 beginning at 9 a.m., Twitter users can virtually "ride along" for another Tweet from the Beat' with Patrol Officers during a special edition of the virtual ride-along program, Foot Patrol!

Officer Matt Grochowski will share what he does while on foot patrol through texts, videos, GIFs and various photos. Partnership Policing Communications Coordinator Genevieve Judge will tweet on behalf of Officer Grochowski.

The Sarasota Police Department began Tweet from the Beat' in November 2013. 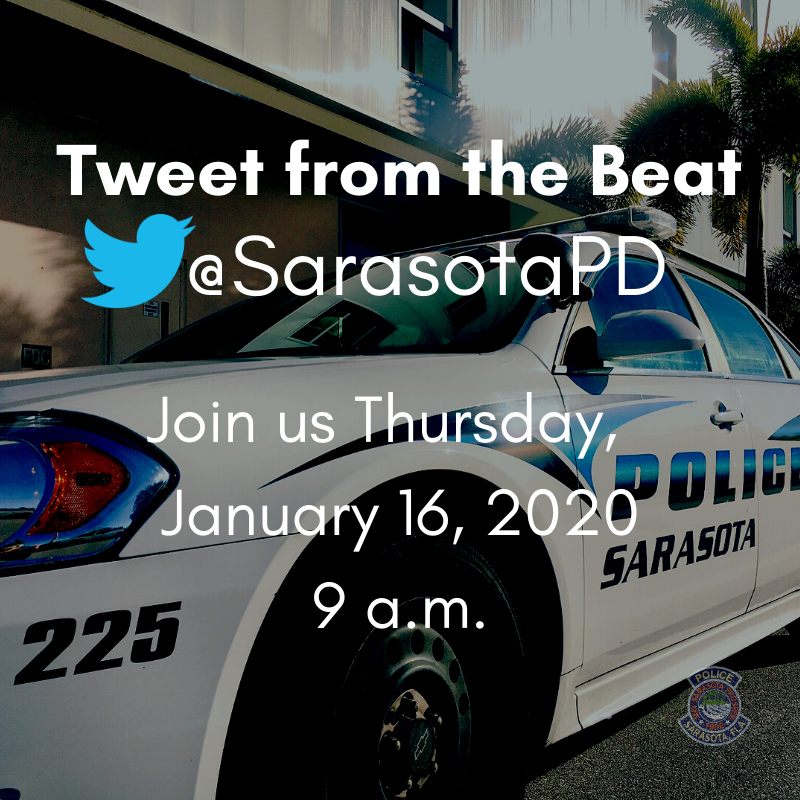