Scott Johnston, 47, of 3517 Tangier Terrace in Sarasota, has been arrested and is facing 40 counts of possession of child pornography.  Additional charges are possible.

In October 2019, Sarasota Police detectives received a tip from the National Center for Missing and Exploited Children (NCMEC).  Detectives reviewed the images and confirmed both were child pornography and traced them back to a rooming home or a muti-family residence in the city of Sarasota.

On January 15, 2020, a search warrant was signed for the entire property of 3517 Tangier Terrace.  On Tuesday, January 21, 2020 just before 7:30 a.m., Sarasota Police detectives and members of SWAT, executed a search warrant at the property.

Johnston told detectives he searched for child pornography on multiple applications.  A Sarasota Police forensic technician located more than 100 images on Johnston’s computer and detectives confirmed the images were child pornography.  Interviews were also conducted with other tenants in the house and they were all cooperative with detectives.

Detectives do not currently believe any of the children in the images are local children.  Anyone with information on this case is asked to call Detective Megan Buck  at 941-263-6067 or leave an anonymous tip with Crime Stoppers by calling 941-366-TIPS or online at www.sarasotacrimestoppers.com 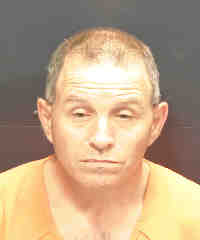