The Sarasota Music Half Marathon and 10K will be held on Sunday, February 2, 2020 from 6:30 a.m. until 11:30 a.m.  The race and will feature bands, cheerleaders, lawn gatherings and more along the race course.  Runners should be in the Southside neighborhoods by 8 a.m. with streets re-opened by 11:30 a.m.  The course can be found at http://www.sarasotahalf.com/  (It’s also attached).

The race will begin at the Van Wezel Performing Arts Hall, go over the Ringling Bridge to St. Armands Circle and back past Marina Jack Bayfront Marina then head into area neighborhoods.  The route goes on Orange Avenue to Osprey through Harbor Acres, Cherokee Park, the Southside and West of the Trail neighborhoods and back to finish at the Van Wezel.

Sarasota Police Officers are asking drivers to avoid accessing U.S. 41 between Gulfstream Avenue and 10th Street except at specific intersections which include Fruitville Rd, Blvd of the Arts and 10th St.  Lane closures are as follows for the day of the race:

·       Traffic will be down to one lane in both eastbound and westbound direction on the south side of the road from U.S. 41 to Adams Drive.

·       S/B lane of N. Blvd of the Presidents will be closed from Madison Dr. to St. Armands Circle.

·       All traffic will be re-routed via Washington Drive to Monroe Drive to S. Adam’s Drive for access to the John Ringling Causeway and Ringling Bridge.

·       All of S. Orange Avenue is completely closed from Mound Street (US41) until it becomes McClellan Drive and continues to be closed to the intersection of S. Osprey Avenue.

·       South Drive and North Drive will be closed 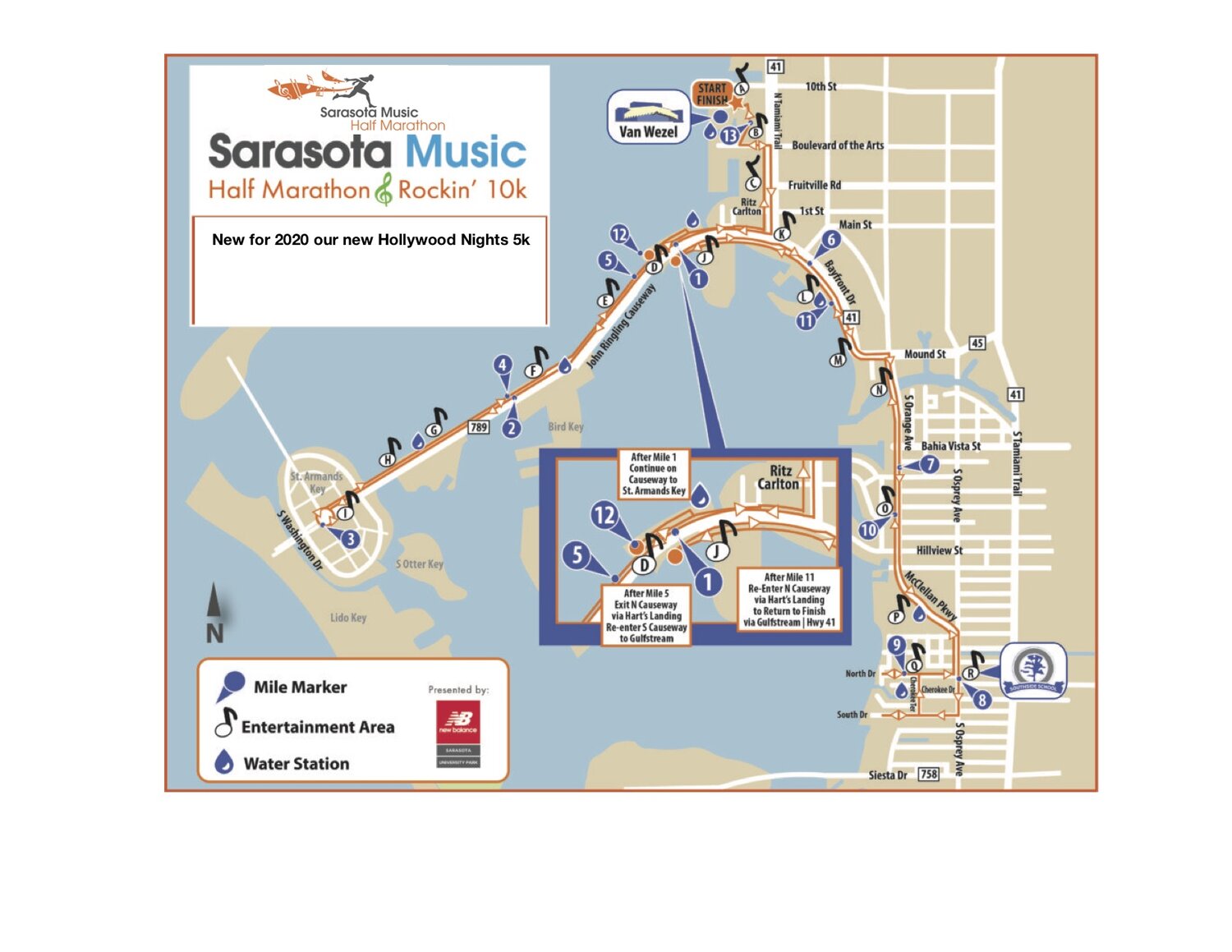