Francisco Leyva, 49, of Sarasota, is facing charges of Burglary with Assault or Battery (felony) after a victim said she was sexually assaulted at her home on Thursday morning.

On Thursday, February 13, 2020, at approximately 11 a.m., Sarasota Police officers were dispatched to a home on Bay Street in Sarasota.  The victim told officers while in her home, Frankie’s Tree Service was at her residence.  An employee, later identified as Leyva, knocked at the front door.  The victim opened the door and began speaking with Leyva about the tree work.

As the victim walked back into her home, Leyva followed her, without permission to do so.  Leyva was behind the victim inside her kitchen and began touching her inappropriately.  The victim told Leyva that it was not okay and said her husband would be home soon and Leyva responded with, “do you mean the one that just left?”

The victim went to get her son who was sleeping in a bedroom nearby.  Leyva came up and began touching her inappropriately her again.  The victim told Leyva to leave and he began to walk out but said he would be back.  The victim called 911 and Sarasota Police responded.

Detectives believe there are other victims involving Frankie’s Tree Service where this type of incident has happened before.  Anyone with information on this case is asked to call the Sarasota Police Department Criminal Investigations Division at 941-263-6070 or leave an anonymous tip with Crime Stoppers by calling 941-366-TIPS or online at www.sarasotacrimestoppers.com

Probable cause affidavit can be read at 20-010086 PCA_Redacted 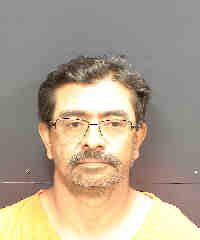