Darryl King, 42, of Sarasota, pleaded guilty Tuesday to Sexual Battery with a Deadly Weapon, a crime that occurred in 1994 but was solved thanks to DNA.  King was sentenced to 25 years in prison followed by lifetime sex offender probation by Judge Debra Riva.

On April 16, 1994, at about 7 a.m., Sarasota Police officers responded to the 5200 block of North Tamiami Trail, Sarasota, to an apartment where two women lived.  The victim, a New College student at the time, told Sarasota Police officers when she was asleep, a man entered her apartment through an unlocked sliding glass door, put a knife to her throat, sexually battered her and then robbed her of $25 at knife point.  The victim tried to fight off the man but was unable to.  The victim and the suspect did not know each other.

In 1994, Sarasota Police criminal technicians collected forensic evidence from the crime scene and sent it to the Florida Department of Law Enforcement (FDLE) who developed a DNA profile but could not provide a match at the time.

In November 2016, with advances in DNA technology, FDLE performed a familial DNA search using the male DNA profile obtained from the forensic evidence collected in 1994 which assisted in identifying the defendant.  In December 2018, FDLE generated a report identifying Darryl L. King, Jr. as the contributor of the suspect DNA collected from the 1994 crime scene.  King was arrested by detectives on January 2, 2019.

“In 1994, the victim received a life sentence with the trauma of being raped by this man,” said Assistant State Attorney Kennedy Legler.  “Because of the hard work of the detectives of the Sarasota Police Department and the scientists at the FDLE, this conviction guarantees for the next 25 years he will remain locked up where he belongs,” said Legler.

On Tuesday, March 10, 2020, King plead guilty to the charges of Sexual Battery with a Deadly Weapon in connection to the 1994 case.  He’s being held at the Sarasota County Jail. 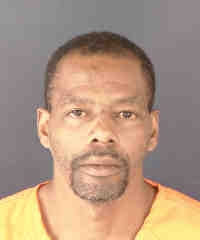 Darryl King, 42, of Sarasota, plead guilty Tuesday to Sexual Battery with a Deadly Weapon, a crime that occurred in 1994 but was solved thanks to DNA.