Michael Combs, 48, of Bradenton; Robert Branchfield, 28, of Sarasota; and Eddie Goretcki, 41, of Sarasota, have been arrested and are facing multiple felony charges in connection to copper wire being stolen from subcontractors who were conducting business in the City of Sarasota.

A subcontractor from out of state has been working for an electrical company and conducting business in the City of Sarasota near Orange Avenue.  Employees of the subcontractor called the Sarasota Police Department on April 9, 2020 to report copper wire being stolen and mentioned the thefts had been happening since mid-January.  It’s estimated $10,000 worth of copper wire was stolen before it was reported to law enforcement.

Officers with the Sarasota Police Department began an undercover operation.  On April 14, 2020 at approximately 6:20 a.m., officers were alerted by electronic surveillance that a vehicle burglary was happening east of South Tamiami Trail in Sarasota.  Officers observed Combs walking around a truck in a parking lot, reaching into the rear bed of the truck and removing a large spool of insulated copper wire.  Officers followed Combs to a home in Manatee County and alerted deputies with the Manatee County Sheriff’s Office.  Combs was arrested just before 8:30 a.m. and transported to the Manatee County Jail.

On April 17, 2020 at approximately 1:15 a.m., officers with the Sarasota Police Department were alerted by electronic surveillance of people in a parking lot east of South Tamiami Trail in Sarasota.  Officers observed two men get off their bicycles, walk over to a group of transformers and begin removing copper wire off the transformers by cutting it with a pair of cutters.  The transformers were being used to replace old transformers in the City of Sarasota.  Branchfield and Goretcki were arrested just before 2 a.m. 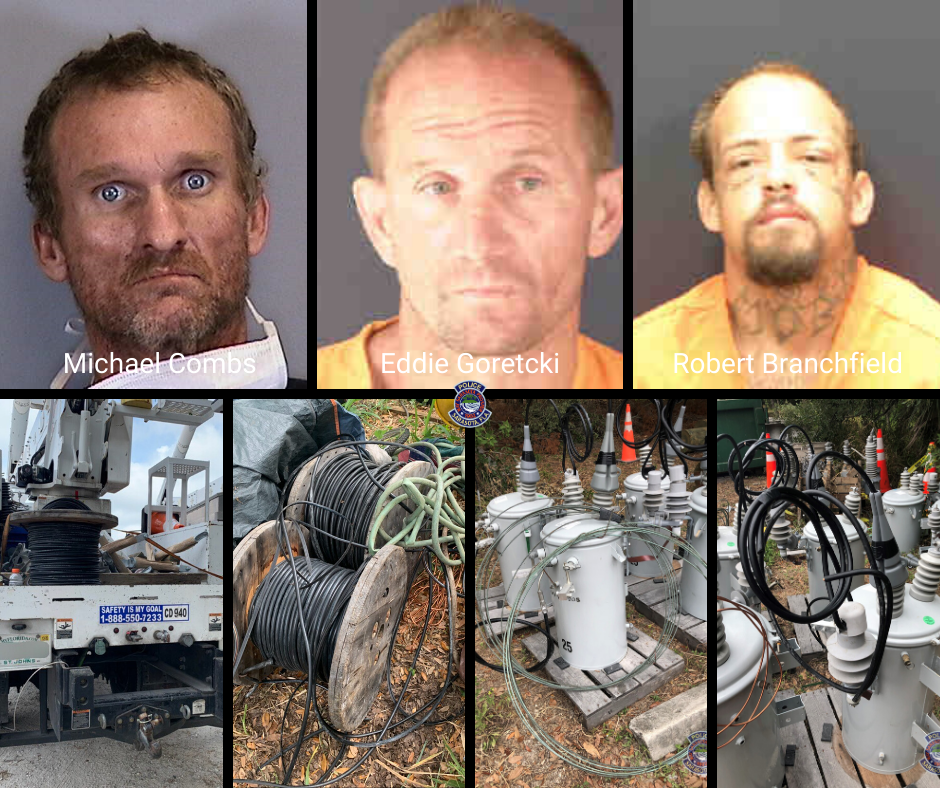