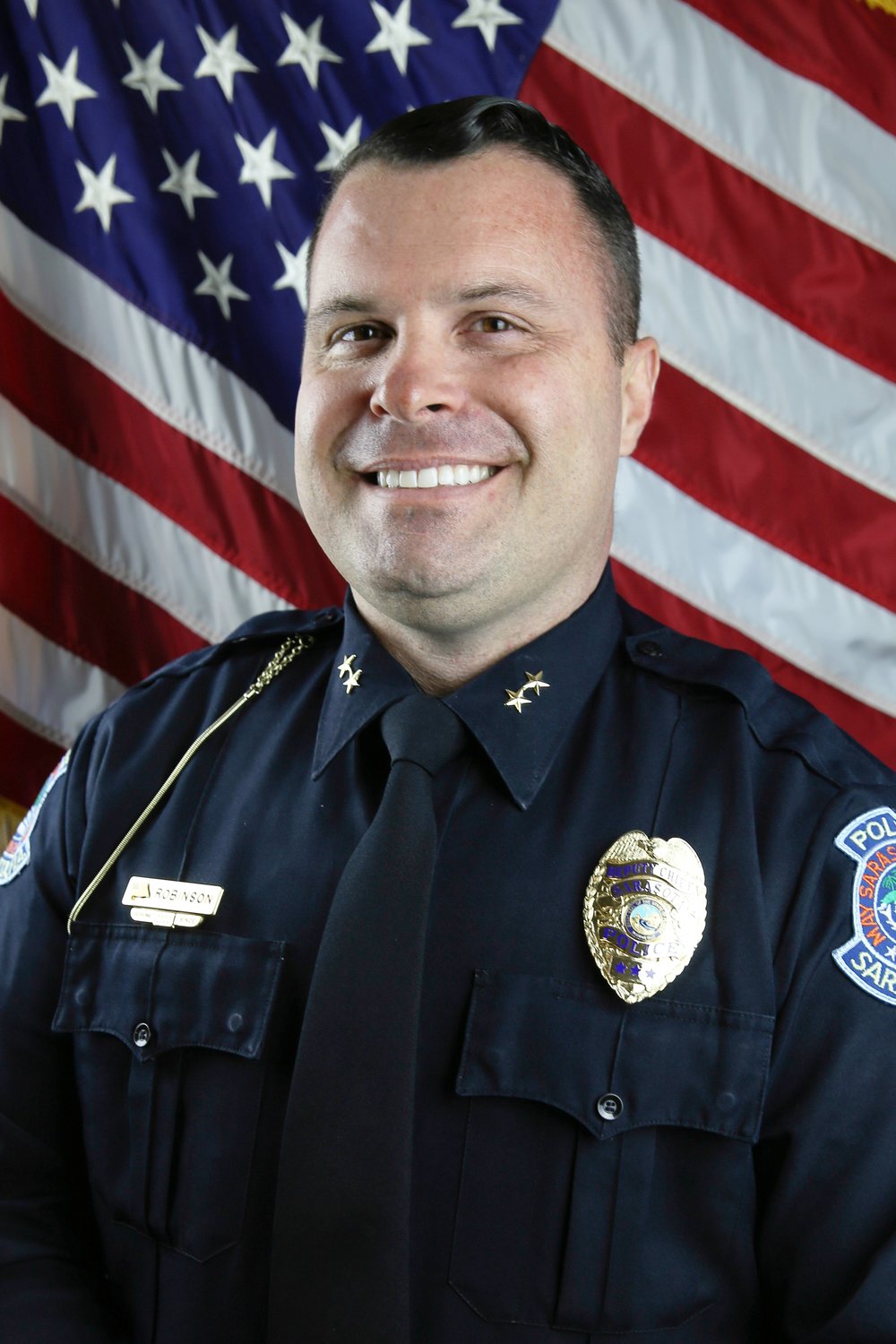 DC Robinson has served as a Police Officer and Supervisor in both the Patrol Division and the Criminal Investigations Division, serving as a Patrol Officer and Detective prior to being promoted into the supervisory ranks of the Sarasota Police Department. Prior to being appointed the Acting Deputy Chief, he served as the Commander of the Patrol Division and oversaw the uniformed operations of the Police Department.

“Deputy Chief Robinson completed nationally for this important position,” said Chief Bernadette DiPino. “His leadership ability, communication skills as well as his dedication to the Sarasota Police Department and the City of Sarasota made him the right choice. He lives, eats and bleeds SPD blue. He is committed to community policing, intelligence led policing and rightful policing,” continued Chief DiPino. “I was impressed with his abilities through this entire process as well as his capability as acting Deputy Chief while the process took place. He is a fine example of the tremendous talent pool we have within the Sarasota Police Department.”

“The City of Sarasota's Police Department is an excellent law enforcement agency and I’m honored have been selected to serve in my new capacity within our agency and I am humbled to represent the Officers and Staff in this fine organization.” said Deputy Chief Robinson. “I’m looking forward to serving as Deputy Chief of our department and continuing to build on our partnerships with residents, visitors and community groups to protect our community and keep it a safe place to live, work and play.”

DC Robinson is a graduate of Riverview High School in Sarasota and holds a Bachelor of Arts in History from College of the Holy Cross in Worcester, MA and is a Master of Science degree candidate in the Public Safety Executive Leadership (PSEL Program) at St. Cloud State University. DC Robinson is also a graduate of the 257th Session of the FBI National Academy as well as the 63rd Session of the Southern Police Institutes Command Officers Development Course.

For further information regarding the permit, as well as the rules and regulations set forth in City Ordinance 17-5218, please contact the False Alarm Reduction Program online or at the number listed below.

The Fiscal Office assists in preparing and managing the Police Department budget, supplies decision-making information to employees and management, submits purchases and payments, and assists in grant reporting.

The primary purpose of the Payroll & Personnel department is to provide consolidated personnel and payroll support to the Police department, thus contributing to the efficiency and effectiveness of the department’s administrative operations.