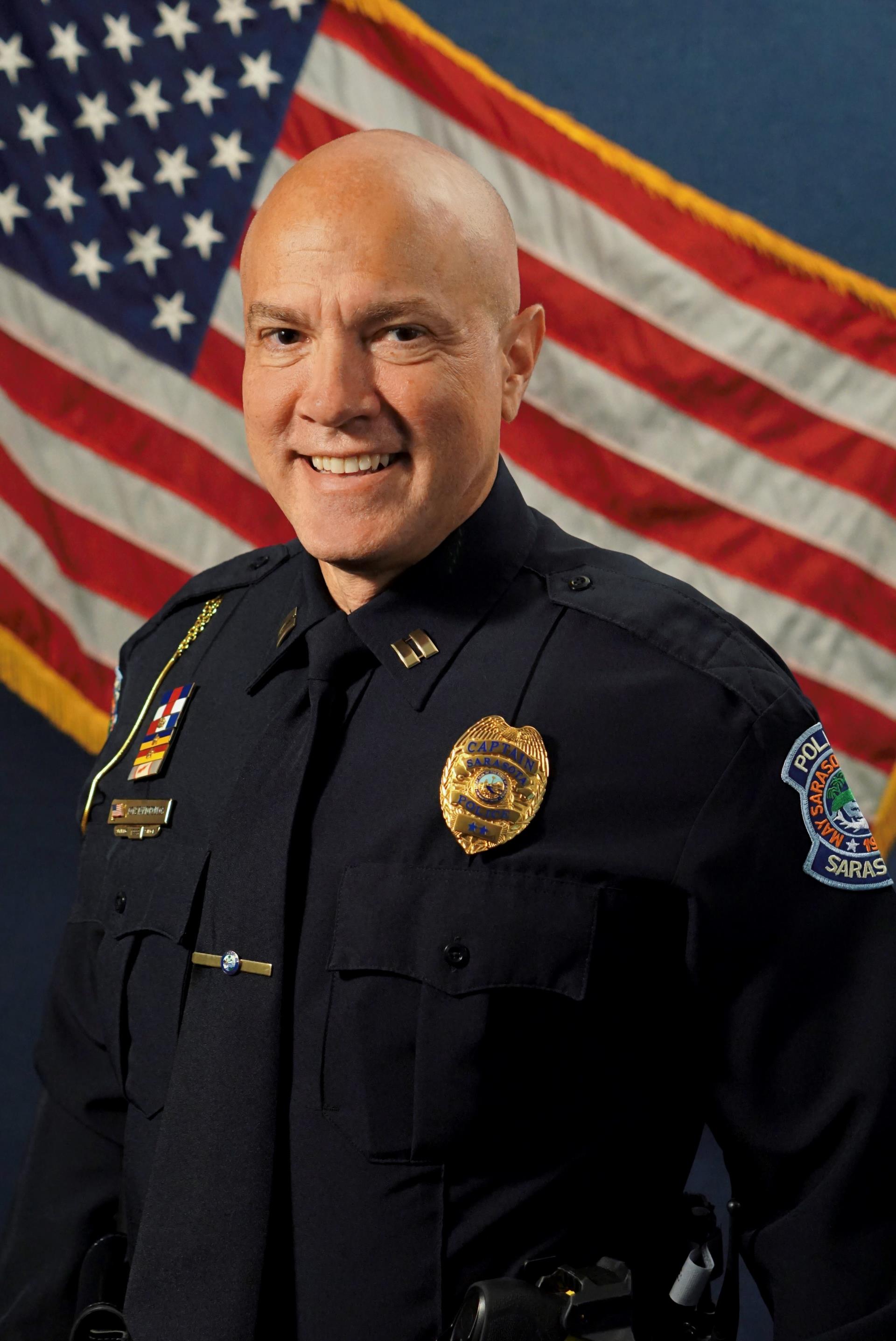 Captain Demetri Konstantopoulos is the commander of the Patrol Division, where he is responsible for the professional delivery of a wide range of operational services including all five special response teams, and the Marine, Traffic and K-9 units. Crime Prevention, Homeless Outreach and the Volunteer Program also fall under his purview.

Captain Konstantopoulos has been a police officer with the Sarasota Police Department since 1998.  Prior to that, he was a Deputy Sheriff at the Manatee County Sheriff’s Office (Bradenton, Florida) for four years. In his 25 years as a law enforcement officer, Captain Konstantopoulos has served in many capacities to include: Patrol Officer, Task Force Officer with the FBI Violent Crimes Task Force, Street Crimes Officer, Narcotics Detective, Street Crimes Sergeant, SWAT Team Leader, Shift Commander, Commander of the Office of Internal Affairs and Complaints Section, and the Assistant Commander of  the Support Services Division. For three years, Captain Konstantopoulos served as the Sarasota Police Department’s administrator for the Turn Your Life Around (TYLA) prostitution diversion program.

Captain Konstantopoulos is a graduate of the State College of Florida, where he obtained both an Associate degree in Criminal Justice and a Bachelor of Applied Science degree in Homeland Security. He is also a graduate of the 73rd session of the Southern Police Institute’s Command Officer Development Course and the 77th session of the Police Executive Research Forum’s Senior Management Institute for Police (SMIP).

Captain Konstantopoulos is committed to the department’s mission of developing and maintaining partnerships between the police and the community through engagement, trust, accountability and transparency.